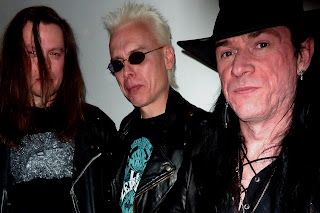 When did you guys first form, and have you been members of other bands prior ?

The concept of NightPorter was born in Belfast, Northern Ireland in Feb 2009, we became a fully functioning band, some considerable time later when live appearances were demanded! Everyone bar Raven have been in bands before!

Please introduce yourselves, who's who, and who plays what ?

Our current live lineup has: Raven on vocals, I'l Dottore on Bass Guitar, Zee on guitar and The Preacher on drums.

When you first formed, did you have a set initial goal, on your appearance and overall sound ?

Our influences are vast and we don't like to pin ourselves down to a particular sound, we are continually developing and like to take the experimental approach to what we are working on at any given time.

Who writes your lyrics, and do you have a set pattern and themes. Or more a case of what pops into your head, by observation or inspiration ?

Our original material is always written within the band in a sort of organic process, so yeah I guess there's a certain amount of "what pop's into your head" involved but it's not quite that easy! There are no set patters or themes as we wouldn't like to limit ourselves, I think it goes without saying that we do however have a leaning toward all things dark!

'Victoria', I believe was your first song (Please correct me here), what the story behind its creation, I understand it relates to the girl in the video. Is this more a ballad to a girlfriend. Of has a more deeper meaning ?

Victoria was indeed our first project, as mentioned earlier NightPorter was initially more of a project/concept than a band and Victoria was the first result of this experimentation... It certainly isn't a ballad to a girlfriend and it was named by the fact that the girl in the video is called "Victoria".... The true meaning is much deeper and is "hinted" at in the video, other than that it has to be left to your imagination!

Have to mention 'The Sickness', a great show stomper. When referring to the 'Sickness' are you referring to dear old 'Humanity', I feel this has a deep and strong message ?

We love The Sickness and think it is one of our strongest songs to date, the beauty of the lyrics is that they can be applied to many different scenario's so it can mean one thing to some and something else to others, we feel if applied to society in general then it is currently very topical even though it was written some time ago!

Currently is there anywhere to purchase your material, Ive found sites with all your current songs, but no way to buy, or download ?

We have various web pages with players that live stream our demo's and have a few You Tube releases. We have yet to make a "commercial" release. The original songs in their current form were recorded as Demo's and never intended to "sell" commercially, they were intended as "A Taste of Things to Come" and there are a few promo CD's in the hands of various DJ's that are entitled just that....

Currently is there a debut under construction, or do intend to continue your touring schedule. Or release an EP, to wet our appetites ?

We hope appetites have indeed been wetted and we are currently recording our, as yet, untitled debut album, some of our original songs have already been re-recorded and we are very pleased with the results, in line with our organic approach the songs have developed with a year or so of rehearsals and gigging, along with some new material we hope the anticipation of our fans will not have been wasted!

Your new song 'The Box ', features reference's to 'Clive Barkers', 'Hellraiser'. Do you consider him a major influence, on your bands output, and lyrical idea's ?

The Box is just one piece of a project that currently consists of a trilogy (including "The Black Lodge" and "The Demon is a Liar") of work called "The Maldine Square Tapes" that may yet continue to grow, fundamentally they are "tribute's" to some of our favourite Movie's, the project is still current and there are several "unfinished" possible additions to the work...

We hope 2011 is going to be a good year for us, we will announce the album release as soon as it's finished and that is very exciting, we are currently hard at work in the studio so not gigging but we intend to go live again soon. We are playing live at the Pray Silence festival in Portugal this summer where we will be sharing the stage with some real great talent including Gary Numan, UK Decay, Xmal Deutschland and many many more, hopefully we'll see you all there.... 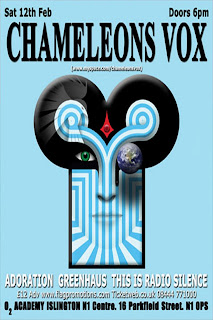 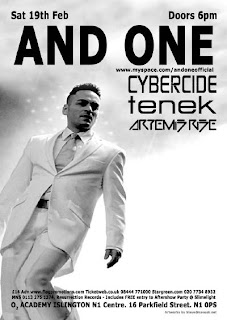 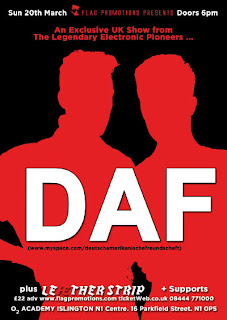 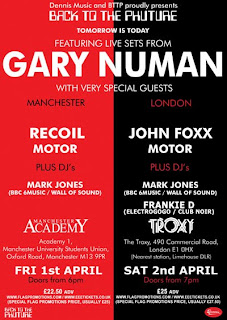 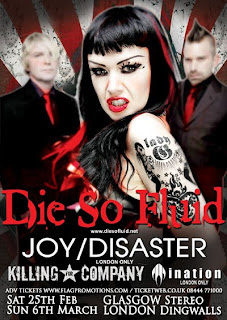 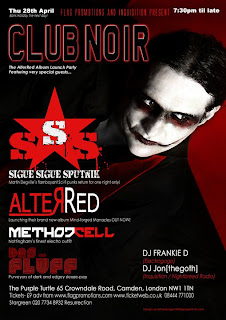 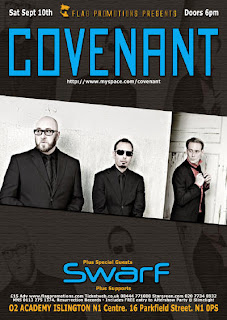