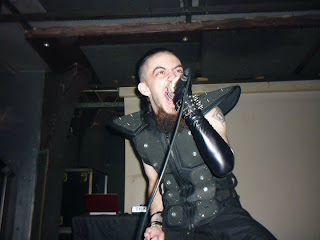 Please let the world now, when did you first come into creation. Plus were you part of any other bands prior ?

NI were formed by Lunarian and myself at the 25th of April 2008.We wanted to work together since 2004.Back then I was into many projects from Ambient to Black Metal and some strange rave stuff. Lunarian was already into Industrial music with his personal project and Cybergoat also. So that day we decided to start a project together and then NI was born!

How long was it before, you created a sound that worked for you. Was it an easy affair, did you say right were creating this !, or was it more natural evolvement over time ?

It took a long time to create a sound I liked.Lunarian was into totally different direction from what I was dreaming about NI so at some point i started composing my first NI songs but they sucked haha.At first after we got a sound that worked for us most of the songs were Suicide Commando influenced but after that Dark Electro influences were more and more obvious so at that point it was hard for us to combine those styles,but I guess we did it.

How does 'Greece', itself accept the whole 'GOTH / INDUSTRIAL scene, certainly Greece is known for its strong Death And Black Metal. Can you point me to you're new comers, and any bands we should watch apart from yourselves ?

Greece could not deny to accept those bands cause in my opinion all of them kick ass! Every Greek band has a small fanbase...

The already famous bands are Siva Six, Virgins Or Pidgeons, PreEmptive Strike 0.1, Inline Sex Terror but there are new bands also like Hydra Division,Child From The Crypt,Red-Line,Technology, Contact Zero, 6.Aborted.6.Fetus.6, Orgasmic Chaos and Foresin, all of them are great in my opinion although I don't know all of the personally.

Agrotech is a strong word in itself. What are you guys shouting about. What pissing you guys off in these last days of Man ?

Every single song is based on a specific event in my life or points of view concerning religion,life and death. What pisses me off is definitely backstabbers and bitches,but if they weren't present in my life the songs would not exist

What would you say are your strongest influence's. What makes you tick, hows do you create you're whole persona ?

Ok to 'Gas Chambers', aptly named. What we call a UK Curry House. Please tell me more, what can be found on it. Was this an easy affair. Plus naturally is it still around to Purchase ?

Gas Chambers was our first ever demo.It included the songs "Betrayed,Hell Invaders,The Mark Of Death,Black Combat and Till Death. All of them were way different than our present sound.It was self printed in like 30 copies so you could say it's extinct I mean I don't even have a copy haha.At least you can find the song Black Combat on youtube.

Due current times after a few line up changes, I understand. The debut LP, is in progress. Do it have a current working title, and are any of the earlier demo tracks going to feature ?

Yeap at first as I mentioned earlier NI was Lunarian and me,afterwards Insomnia-X was added to the band (the only female member so far). The second line-up was Tanziktator Saffer,X-Hazard and me. I am still in touch with every single one of them. At least for now the band is Tanz and me later on no one knows if anyone will be added or leave,time will tell. Concerning the CD it will be a full-length which will be called "Circuitry Of Blades".There won't be any tracks from the "Gas Chambers" demo but concerning the tracks that are already known such as "Fall Asleep" and "Abortion" are remade and sound even better.

Does the new LP, follow any set path or concepts in its creation. How would you best describe its current sound. Plus are you 100% happy with it's current direction ?

As I said before the album follows the concept of a specific period of my life.I assure you the lyrics are not happy at all. As for the sound I don't think I am the one who can tell since I just compose the songs i can judge them,but I would say that some of them are slow and majestic some are raw and straight to your face and yes I am definitely 100% happy with it's direction! I really love it I've been working this album for like a year and a half before mixing and mastering it so yes I am pretty sure about it!

Last I wish you well, can we expect you on English, soil any time soon, any last words ?

I wish we could perform in UK soon,I've been there once and it's really beautiful.
I would like to thank you Eddie and also all the people who support NI especially Alex Eversfield ;) ...

Spread the infection!
Posted by E.Ruff at 10:55 AM No comments: 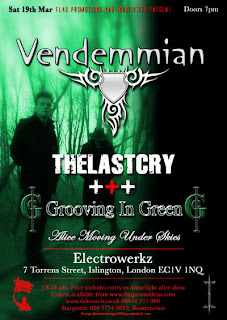 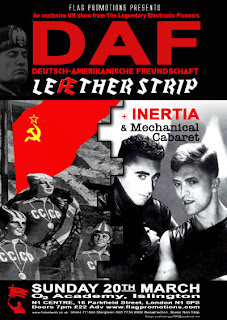 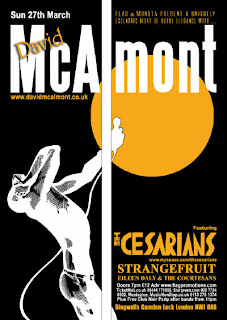 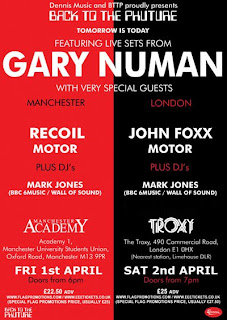 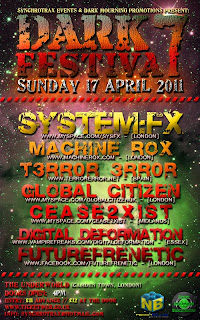 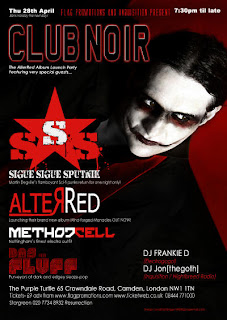 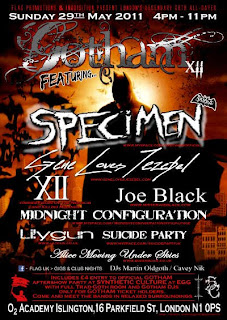