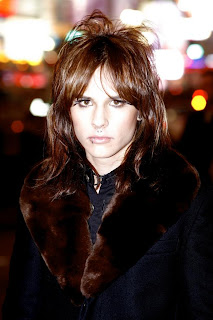 Firstly I see you started around 2007, what inspired you to create music, and how did you first form, and is their any earlier material out there ?

I have always been a fan of music all types, and there just came a point in my life where I wanted to create something different. Its very hard to be honest, since no matter what you do you will be eventually classified as sounding like somebody. Yes, there is older material out there, the recordings aren't good on them, but there is a couple of unreleased tracks circulating around the web.

Your move from Switzerland, was this a tactical move, to be in warmer surrounds, and greater audience access, and a larger scene ?

Well as I type this I am actually back in Switzerland, watching the first snow flakes fall. The move to the states, was almost necessary at the time, I needed some new inspiration.


You video 'One Last Time', well what can I say "It's stunning !!!", yet I see it tagged under 'New Moon' OST. Yet it's not listed on the release, can you tidy this one up for us ?

Honestly, I am confused on that as well. Many people have actually told me they heard our song in New Moon. Another strange thing is that our song has been used in so many new moon fan made videos. I am not sure what is really going on. It really doesn’t feel that great to have your song taken and kind of played around with. Oh well, what can we do?

What can you tell me about your debut, how was the creation process, and did thing's go well as you planned ?

I am so absorbed in the creation of the new album at the moment that digging back in the past is almost impossible right now. Nothing ever goes as planned.

I see that, you choose a 'Beatles', classic, are they a major influence on you ?

I go through musical faces, and I have a beatles face, which means I pretty much listen to The Beatles non stop for a couple of weeks, and then I switch to somebody else. But to answer your question they are definitely an influence.

What other bands do you also draw influences from ?

I don't know. I admire, Queen,David Bowie,Black Sabbath,Pink Floyd,The Beatles,Metallica, however, I am a fan of such diverse type of music that it is difficult to answer this question.

I see from the video, an your site you've created a great image, is this something that will change, or do you have a specific, audience in mind. From the visuals, I feel a new generation target, and the Vampire, image entices the younger female generation, or is that just a cliche ?

Well my image was not planned by anybody, I don't have someone who tells me what to wear or how to look like (That would come in handy at times, I must say) It is just basically me who you see. My goal is that my music one day will overlook my image, and that people will like The Raven for the music.

Well, the what can we expect from you next, Is there a full Album in the work's, and will it differ from the EP ?

You can expect a more flowing album with a bit of a political theme. I want this album to not just make sense musically, but I really want every song to have a purpose and a message. So the album will be talking about a lot of problems this world is going through at the moment.

Lastly can we expect any Live, shows ?

Any chance of a UK show in the future ?

I love the U.K and am working towards getting some shows there!

I hope everyone keeps an eye out for us in 2010 and I hope I get to see you soon!

Thanks for your time
Thank you!, The Raven... 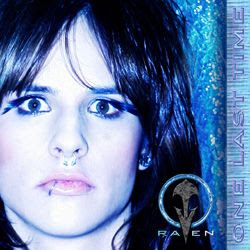 Out now: One Last Time - MLP