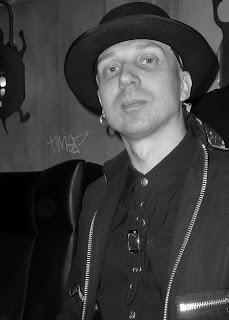 How did "Two Witches", come to be, and what was the scene like in that period ?

- There were not any bands like us those days. We just bought some cheap instruments and amplifiers and started making music in a rehearsal room.


How did Finland's scene react too you in the early days, as Finland has always been associated with Metal ?

- No, it really has not been associated with metal earlier. I guess people do not know any Finnish metal bands from 80’s, even if there were some.

Anyway, we were kind of strangers already back then. We didn’t fit for any form and we had to create our own “scene”. There were not any gothic bands in our area when we started Two Witches, neither gothic clubs, shops, labels, magazines, etc. We had to start all of those at the same time. We opened a shop (Darklands) for selling clothes, shoes and records, then a record label (Darklands Records), we also started the first gothic club in our city (Black Celebration) 1988 and I was DJ:ing in the local radio station to promote gothic bands.

So, at the same time as we were running Two Witches, we also create the whole scene around us.


Where do your draw your inspiration, from ?

- Life itself is the biggest inspiration.


Has there been any major influence on your style ?

- Our style is just what we are. We do not have any “Two Witches”-style, because all of us are pretty different types as person.


With your new line up , do intend to make any changes in your musical approach ?

- It is not “that new” anymore, Haydee and Marko have been in a line-up already nearly a decade. Marko might be the most talented guitarist the band ever have and he is also very good with arrangements, so I think this way it has effect with our musical approach.


Apart from Vampirism, which is the essence of the band, will we see anything new ?

- Actually it was the essence for a short period of the band, from early 90’s to 1997. We did a few albums about that subject and then continued with the other subjects. The last “vampire song” we recorded was “Dracula Rising” for Cleopatra Records compilation. And that was 12 years ago!

Since that I have been writing about religions, sex, love and hate, relationships, seasons of the year, sin, personal feelings about life and so on.

We do not even have so many songs from our “vampire period” in a set anymore. The last weekend, when we promised to play a kind of best of set, we had Requiem, Bites and Bloody Kisses and Burn the Witch. And those songs are the ones people always ask and we can’t leave them away from the set.

Somehow people do not listen our lyrics but just thinks “oh, Two Witches, hhhmmm, all of their songs are about vampires”, which is based on pure supposition.


When can we expect too see you guys again in the UK, anytime soon ?

- It depends on the organizers. We are always ready to play everywhere. Playing live is still the main thing to continue the band.


Is there any new material, or a new LP, in the pipeline ?

- The last weekend came out a new Nightbreed compilation (The Gothic Sounds of Nightbreed vol. 5) and it includes a new song “Inner Circle Outsider”. At the same time we recorded a few other songs as well and we are planning to release something early next year. 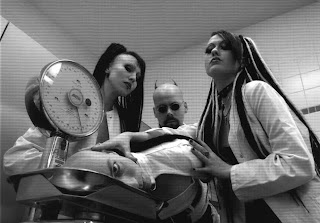