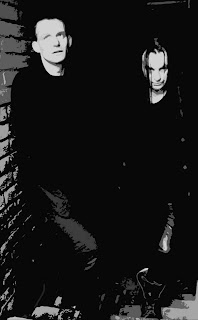 You first formed way back in '92, what were the first days like, and how does the material differ from the present ?

Like I can remember, eh it’s hard to say really, me and Mark started it and I suppose we didn’t really have a definite plan as to what we wanted to do. We sort of evolved in public really, obviously the scene was bigger then so it had its advantages but we did take time to work out what direction we wanted to go in.We went through a few different lineups and break ups before we got to where we are today.

You released a self titled demo in the same year, is this still available. Plus what was the first initial feedback like , and how did you feel ?

No, thankfully, in my opinion it’s shit anyway. I think the feedback was pretty good at the time, but I was never happy with how we sounded in that period, we were a group of individuals all going in different musical directions. It was a starting point which is the only positive thing I can think to say about it.

Where did you play your first ever live show, and what can you remember from it ?

Absolutely no idea where it was, maybe the Marquee, I have a terrible memory for detail.

In '93 your debut 'Between Two Worlds' was released, what was its initial creation like, did you enjoy the experience, and what did you learn from it at the time ?

At the time it was interesting I suppose, having a Cd was a much bigger deal then than it is now. What did I learn .. get a new singer maybe, not much else.

How would you best describe your music style, and do you're lyrics follow any particular path, or niche ?

I believe we fall into a category called TradGoth, who else is in that category .. I’m not too sure.There are so many sub genres now we change all the time. I did read something recently stating that TradGoth does not exist but it had been invented especially to categorise us …. were some sort of Goth band! .Marks lyrics are just about people he knows or stuff that’s happening him, usual song type subjects.

Who would you say were your major influences?

If you could resurrect any band from the past, who would it be ?

You use the terminology 'Drunk and stupid goth', how did this come about the music itself certainly doesn't reflect it ?

It has followed us around for years, it started as a rip off of an advertising slogan in the 90’s.We used it as a T-Shirt slogan and our sales doubled overnight. I think we are on about version ten of the shirt now, we have sold thousands of em. Maybe the music doesn’t reflect it, we’re not The Pogues or whatever (although I am Irish)but maybe you have never seen us live, or maybe you don’t know us. Our l I've shows are really drunken affairs with lots of encouraged audience participation. I play better when I’ve had a few beers. We’ve drunk our way across the world and had a blast doing it. Maybe were a bit less Stupid now .. but actually I don’t think so.

How has the re-formation been for you so far, and are you glad to be back re-addressing old material ?

Really, really good, we’ve done about 20 shows now and the reaction has been great. We’ve still got a lot of our old following around Europe and we’ve managed to attract a whole load of new fans too. It has been such fun doing it again.There is no pressure, not constant touring like the old days, we just do what we want when we want. We have had some really great gigs.

What can we expect from the new LP, and any dramatic changes, or will it be your usual straight edged Goth rock with humour ?

Ah, do you mean “One More Time”, it been out a while now, we are really happy with that. I think its our best album to date and its rapidly heading towards been the most successful for us. We just got the live album out too and that has been really well received too. We recorded it on some of the festival shows last year. Or do you mean the new, new album? We’re working on the next album at the moment, we’ve got a few tracks nearly finished and we expect it to be out about July, We’re not so bothered about any dramatic changes, we do what we do, We’d rather concentrate on songwriting. We ‘re just trying to write good songs.

More of the same, we got four festivals lined up already and we’ll continue to spread ourselves across Europe.Hopefully we get the album done on schedule and a few beers along the way. We are enjoying what we are doing at the moment .. until that changes, we are Vendemmian and all that that entails. 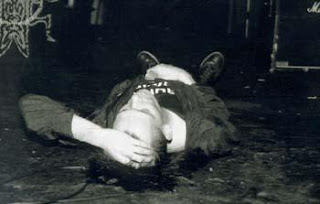